This blanket carries patches that depict the various elements present in Victoria square – a tree with a yellow ribbon tied around its trunk, the Captain Cook statue, the Queen Victoria statue, a seasonal flower garden, the Napoleon willow and its accompanying rock and plaque, the old Ti Kouka stand, two era of lampshades, the historic horse watering ramp, a seat, and an orange road cone that has been there for a year moving from place to place. 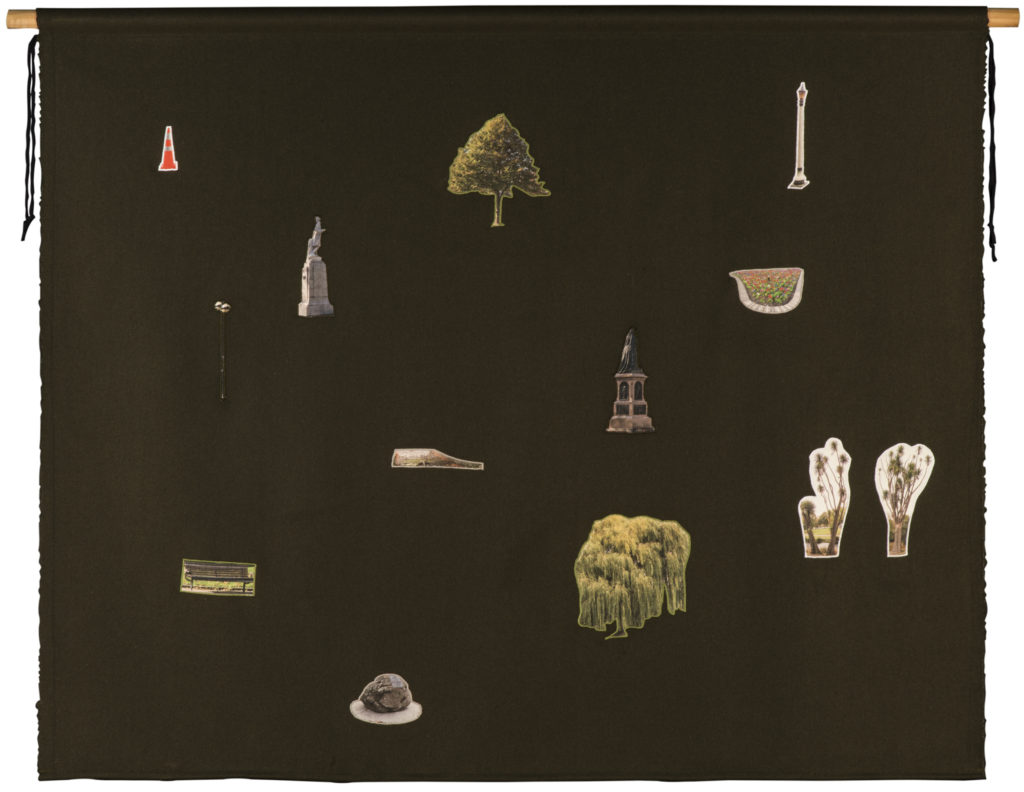 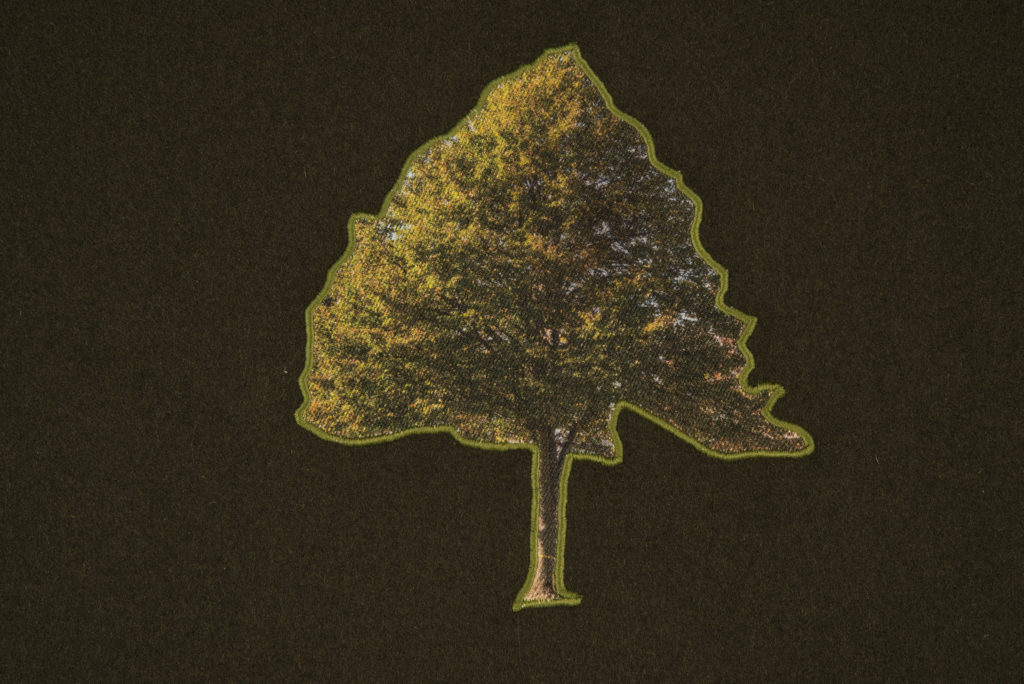 Barker’s avenue is garden of native trees on the north bank of the ?t?karo-Avon river between Madras and Manchester Streets. It was established by Christchurch Beautifying Association member Samuel Barker in 1898 to celebrate and encourage awareness of the native species of the area. While over 600 plants and trees were transplanted here by Barker and other association members from their own gardens only a small number of the original trees have survived. Christchurch City Council Botanist Trevor Partridge helped identify which trees would be old enough to have been in the original planting by Samuel Barker in 1898. The 7 pictured on this banner (2 Totara, 2 Ti Kouka and 3 Tarata) are probably the only trees to have survived from the 19th century. 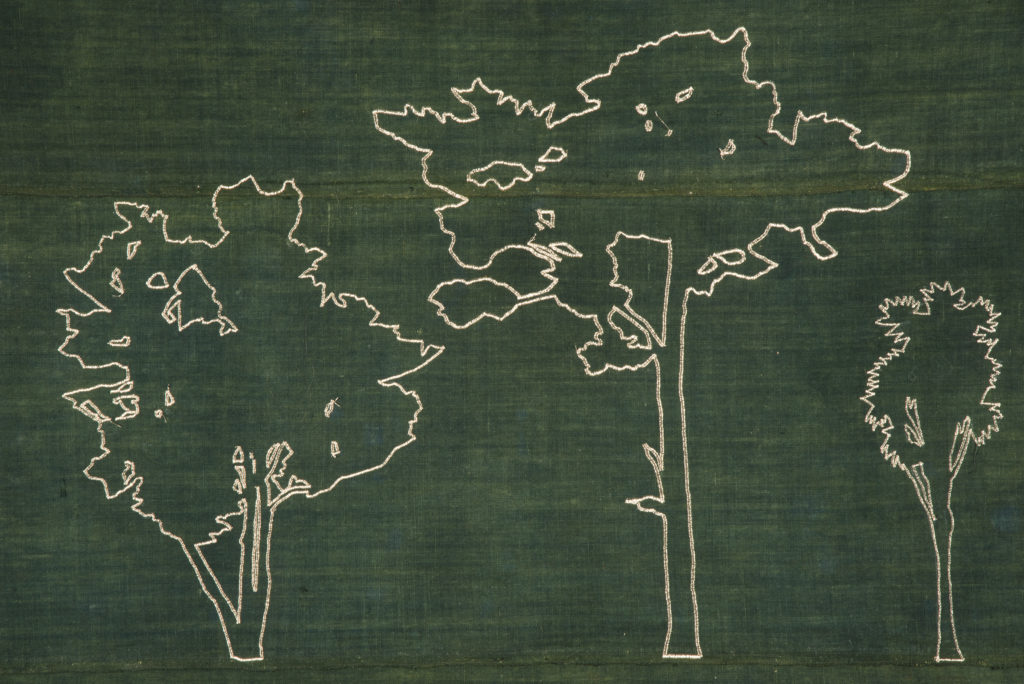 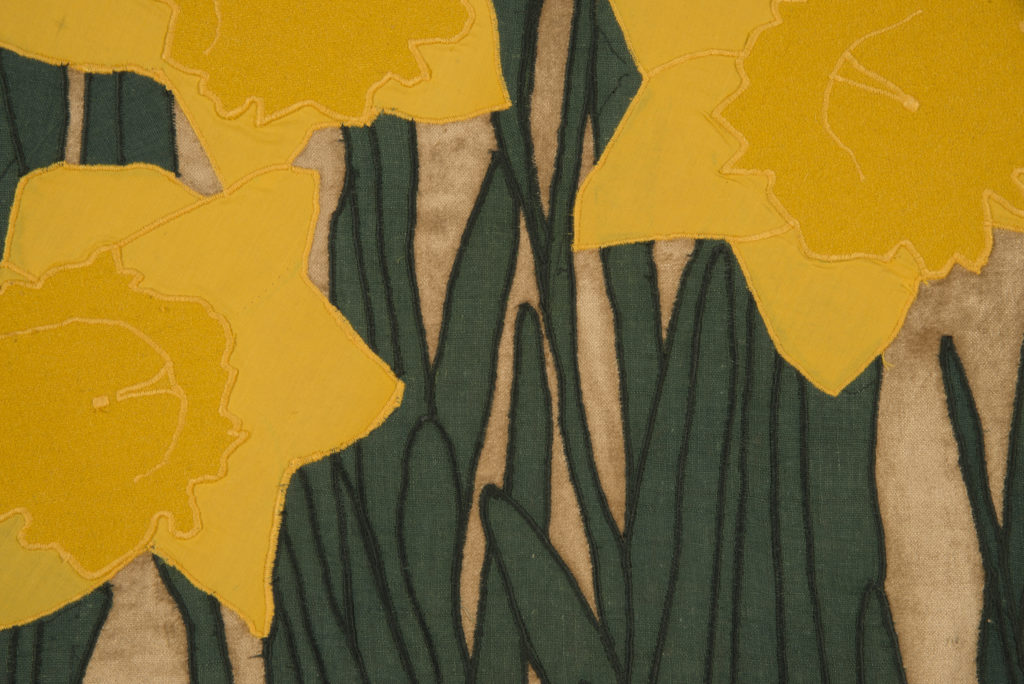 The oldest surviving plants in central Christchurch are the small number of Ti Kouka stands that have kept resprouting new growth since the area was a wetland. One such Ti Kouka stand is on the Burnside High School grounds and has been adopted by the school as their emblem and motto: ‘Reate sic dirige cursum – along this path direct your journey correctly’. This refers to the history of this particular stand of trees as important to Maori as a landmark, a resting place and a place of ritual. The drawing on this banner was made by a group of Burnside art students who collaboratively responded to Fiona’s invitation to picture the tree, its history and its significance to them. 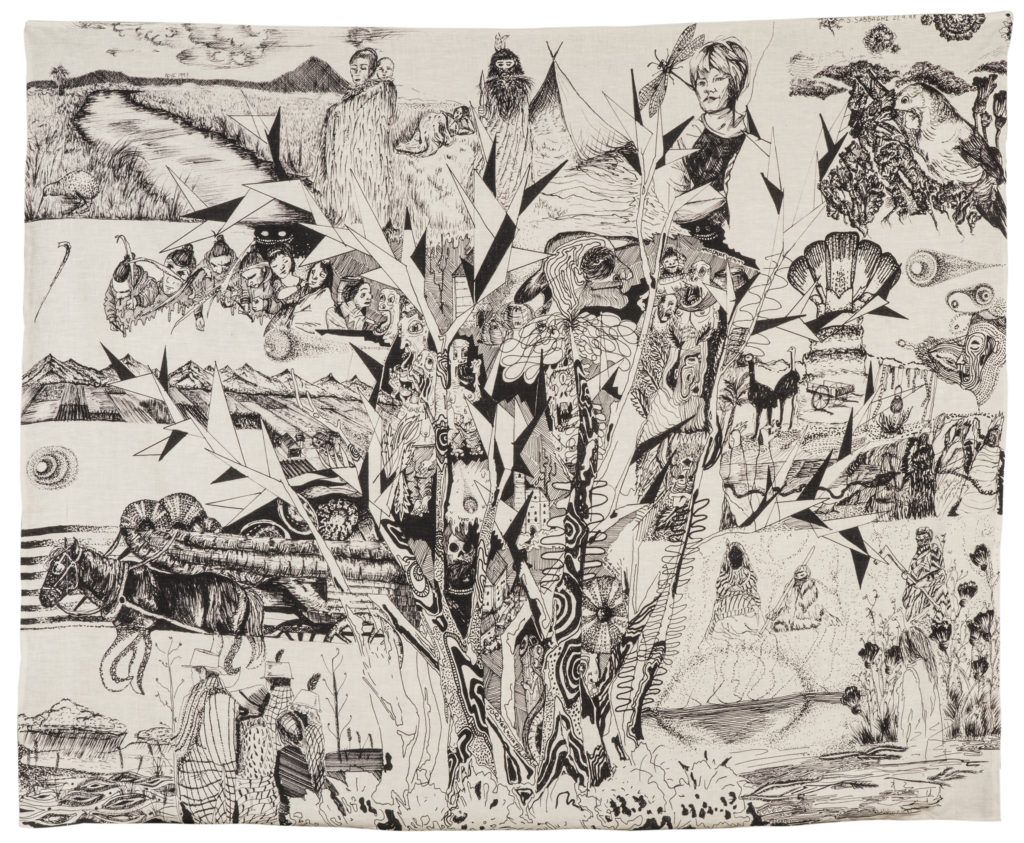 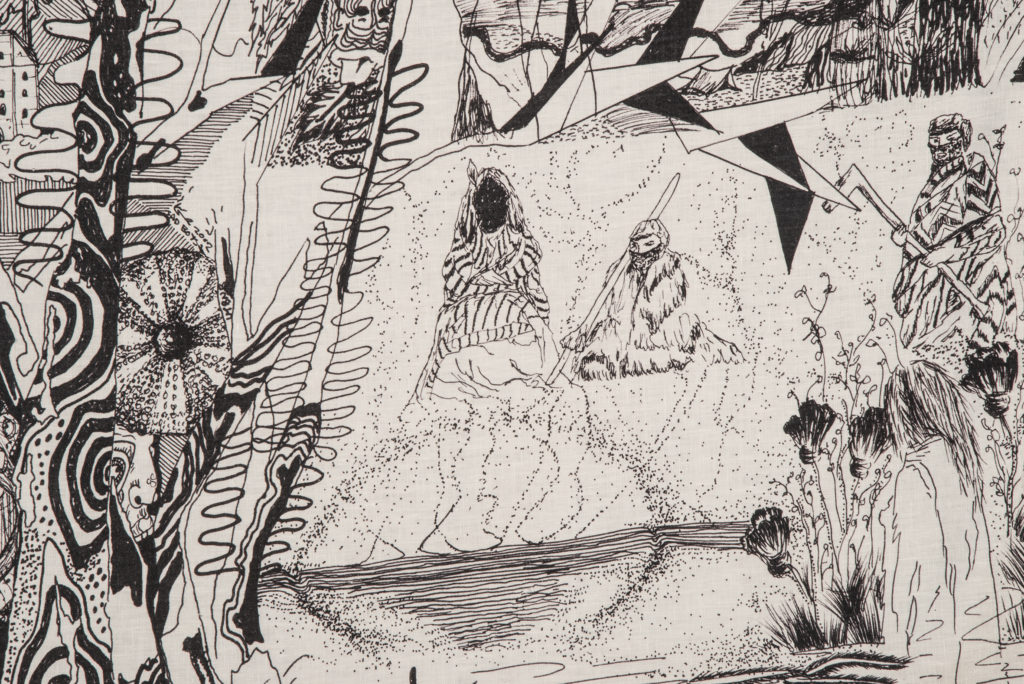 This banner is a cyantopye/photogram of plant specimens gathered by Liv Worsnop since the Canterbury earthquake. The blossoming of biodiversity in untended redzoned areas is gradually receeding as spraying and maintenance rituals are restablished.
“Mint was growing alongside the edge of Avonside Tennis Club near a lemon balm and a little leaved succulent. In this backyard was also a blackboy peach, greengages, grapes and a cactus. They have now been sprayed. The mallow was their neighbour, it grew down a slope heading toward the river. I saw a tractor through there the other day. Dock is from the CBD but the patch has now gone. The fennel remains, its new growth is emerging while last years silver seed heads remain.”  Liv Worsnop 2015 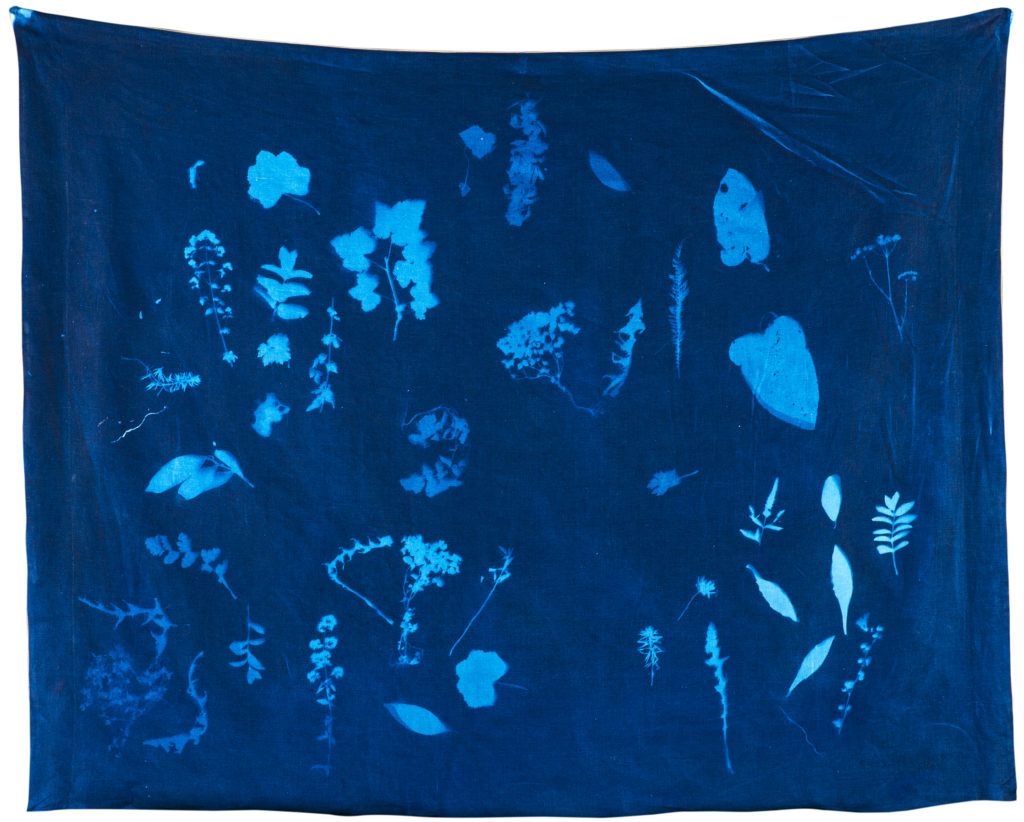 This quote from Bill Sutton’s diaries was published in Home magazine in an article by Lara Strongman advocating for the preservation of Sutton’s home after it was redzoned.

This banner depicts a modified version of Ebenezer Howard’s early diagram for the Garden City concept. The words are drawn from other forgotten Howard diagrams such as “The Vanishing point of Landlord’s rent” and “The Master Key” both of which illustrate aspects of Howard’s vision for the Garden City concept as one of radical social and economic reform. As towns in England were developed according to Garden City principles, many of these radical propositions dropped away as the picturesque calm of the Garden City idyll gained popularity.