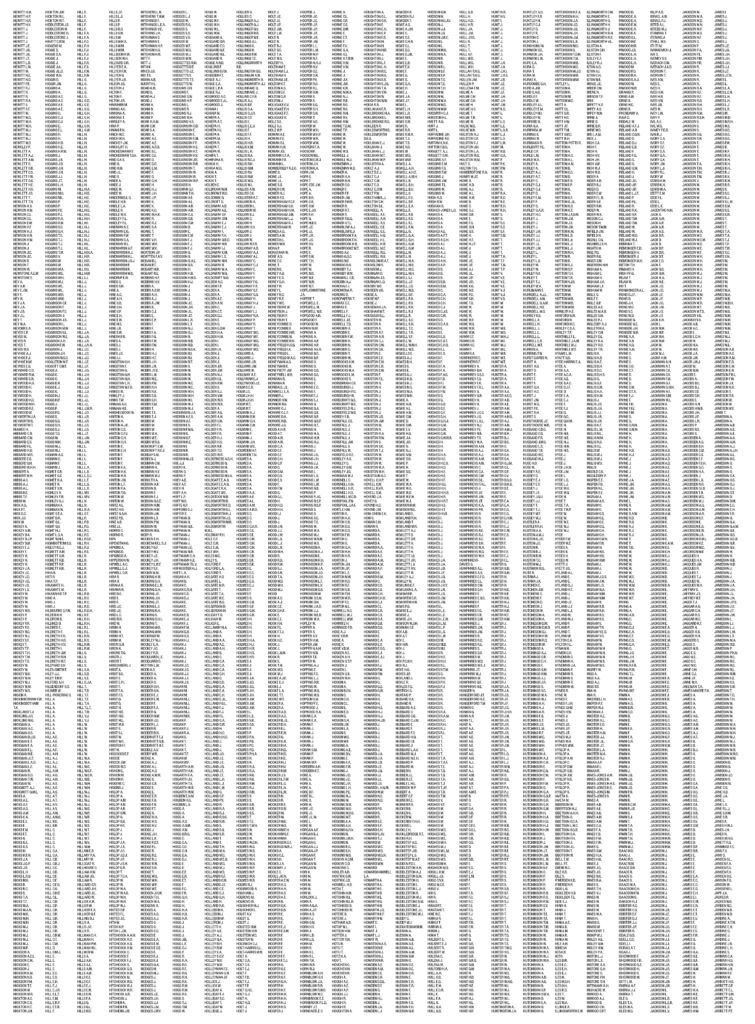 Survivors’ Roll of Honour, 2014, screenprint, from one screen on paper, (20 screens used across edition), edition of 20, 76 x 56 cm, Commissioned by the Australian War Memorial Anzac Centenary Print Portfolio in 2014. Curated by Laura Webster.

Based in Auckland, Fiona Jack works across a range of media, undertaking archival research and collaborating with various communities around New Zealand to examine social histories. The prints in this portfolio were commissioned as an edition of 20; however each of Jack’s prints is a unique print. Stretching across a white expanse of 20 sheets is a survivors’ roll of honour.

When thinking about family stories from both the First and Second World Wars Jack realised that “in our large extended family everyone known to me survived”. Growing up she had not recognised the significance of this or appreciated it as a blessing. Tales of traumatised and damaged people returning home carried an emotional weight, and Jack was conscious that while “they hadn’t made the ‘ultimate sacrifice’ their experience was beyond anything I could imagine … yet none of them were on any national roll of honour”.  In contrast to Australia, it was unusual for the names of First World War survivors to be listed on New Zealand memorials, and there was no complete list of those who served and survived.

While it may appear to be a simple list, this singularly exhaustive roll of New Zealanders who fought in and survived the war was painstakingly assembled by Jack in collaboration with historian Phil Lascelles. It remains “the first and most complete list” of New Zealand First World War survivors to date, comprising 108,920 names compiled from original embarkation lists and extensive research.