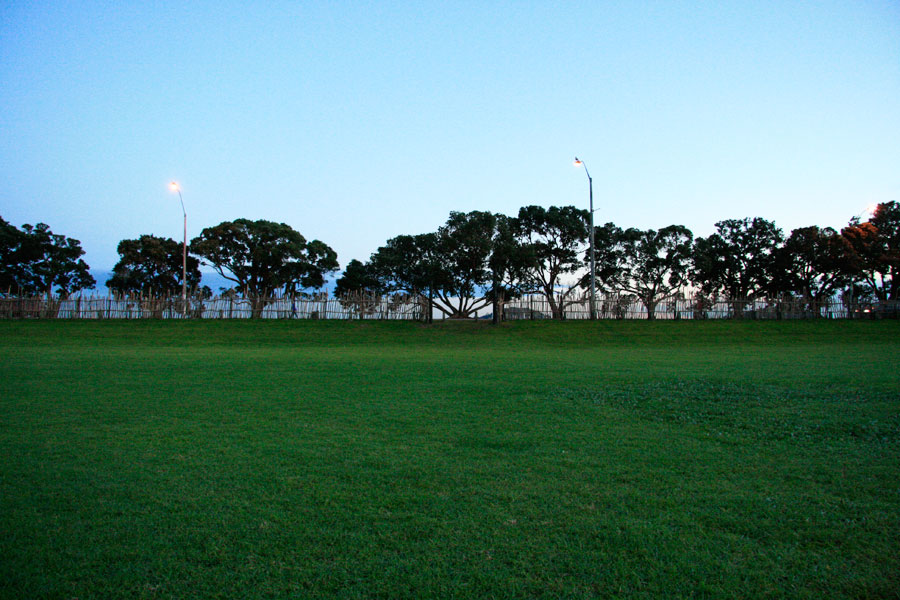 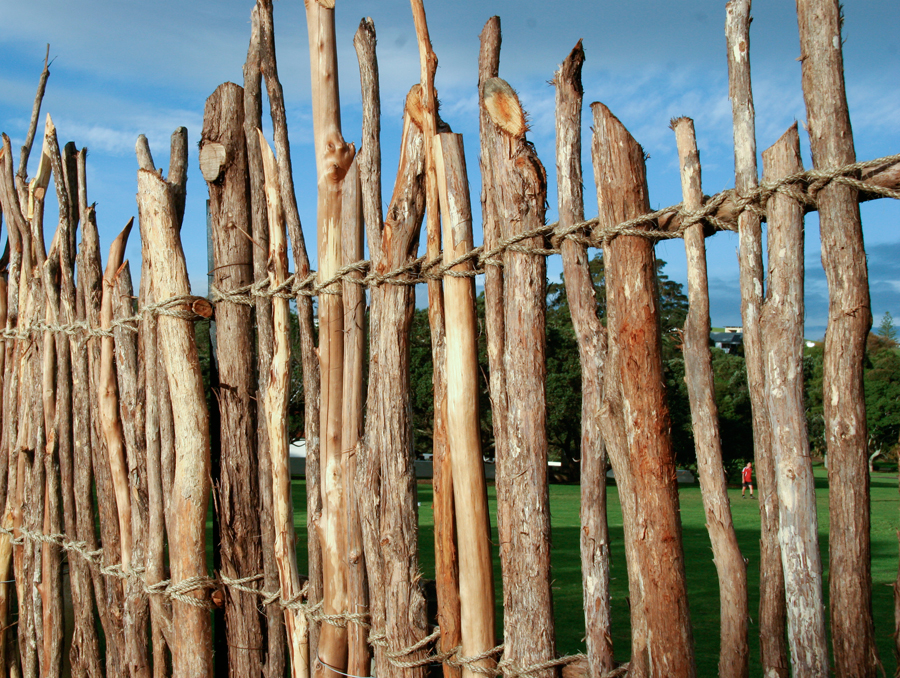 In May 1943 a palisade fence was built by trade unionists and volunteers around the Ngati Whatua O Orakei papakainga in Okahu Bay on Auckland’s waterfront. It was built in an attempt to regain some privacy and maintain a sense of community in the face of encroaching colonial urbanisation which was exacerbated by the construction of a major roadway through the village that separated the main living areas from the sea. Less than ten years after the palisade was built the village was burnt to the ground and the inhabitants evicted with no compensation or purchase agreement offered at that time. In April 2008 Ngati Whatua O Orakei, Fiona Jack and New Artland organised a group of volunteers to reconstruct this palisade using similar materials and techniques. The palisade fence was installed in the same position as the original fence (now a public park alongside the roadway) for three months. It was then dismantled into sections and used as a community resource. The programme made about the Palisade project for Television New Zealand’s New Artland series can be viewed online at http://tvnzondemand.co.nz (within New Zealand only).

Ngai Tai ki Umupuia Marae, Ngai Tai offered manuka to the project as a koha. Volunteers from Umupuia and Auckland worked for a day chopping trees out of the forest; gathering and loading over 2000 stakes into a truck, and unloading the stakes into a pile in Okahu bay.

Friday 18th April: Powhiri/welcome to Orakei Marae for the project volunteers. After the powhiri there was a shared meal, a korero from Ngarimu Blair about the history of Ngati Whatua, and an overnight stay on the marae. Photos by Lousie Lever.

Additional building day at the marae

The first building weekend produced a palisade fence of approximately 70 metres long. To reach the original length of 100 metres there was a second building day at Orakei marae with volunteers and community service workers.