Contribution to The Great Park Project  for the Orange County Bienniale, with FutureFarmers/Amy Francescini, 2004 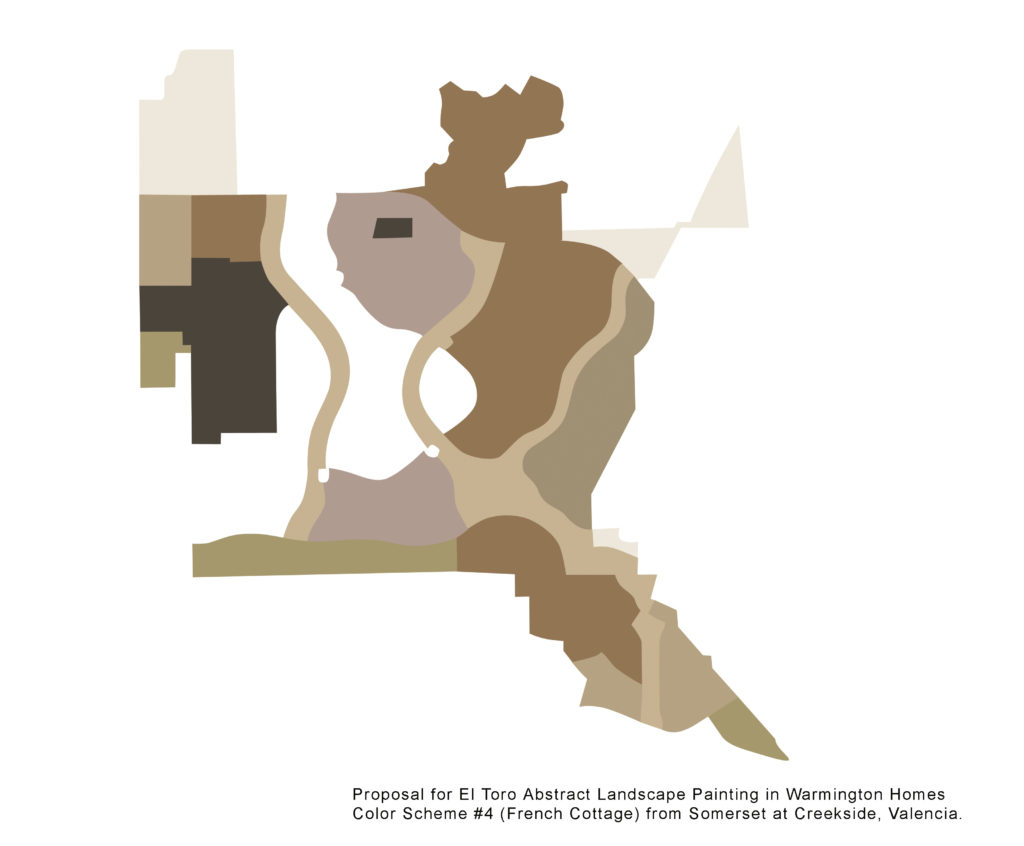 Project description from the website: The Great Park Project as presented by FutureFarmers is a critical enquiry into the future land use of this former military base. The project was conceived for the 2004 California Biennial at the Orange County Museum of Art and Orange Lounge. The Great Park Project on Orange County’s former El Toro Marine Corps was being developed into “America’s biggest public park”. This transitional space offers fertile ground for research and discourse surrounding notions of the political and social organization of open space in urban areas.

The paintings were developed using a colour key which overlapped proposed uses for the controversial development (housing, parks, industrial, research, and so on) with colour schemes drawn from prolific Californian home builders Warmington Homes. 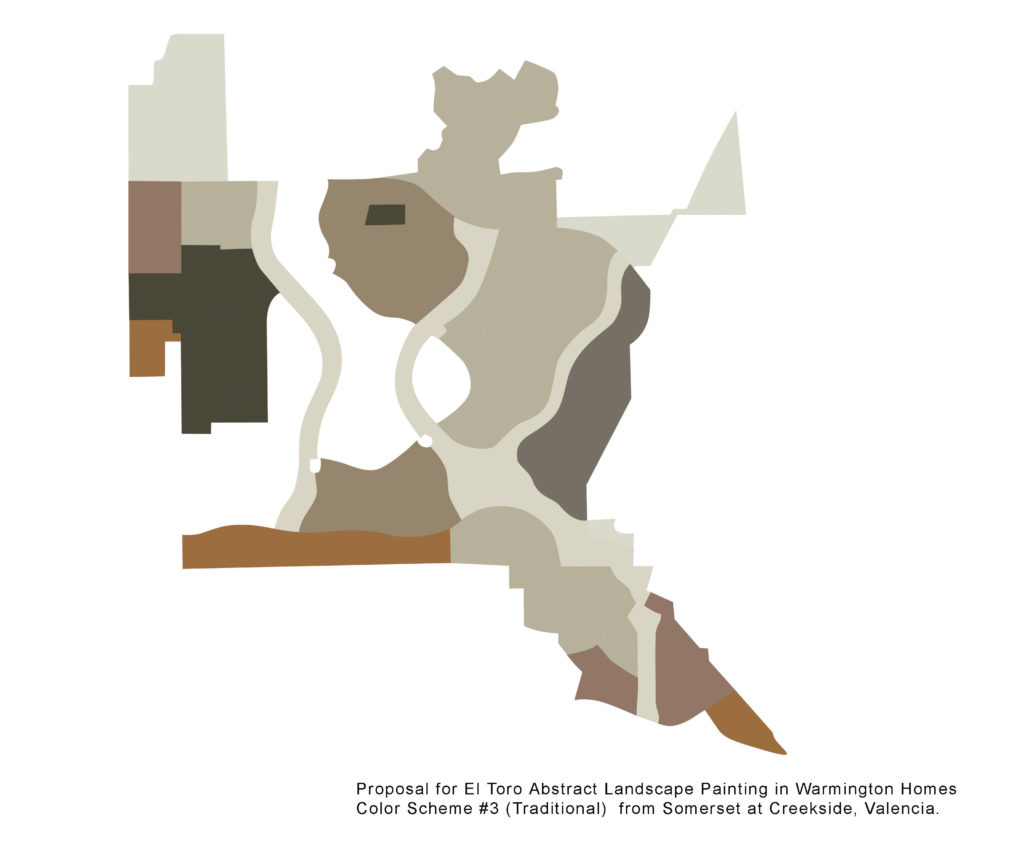